Technology is changing the face of nearly every industry in the world, and big data is playing as important a role in that evolution as anything else. 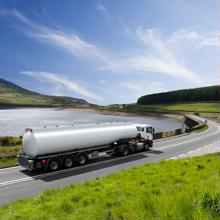 One of the most important ways big data is transforming industry is the ability it gives companies, especially large corporations, to search for information on potential hires, including their performance on IQ tests and personality tests.

Impact on future of hiring uncertain
According to an analysis in The Atlantic, there could be both positive and negative aspects of that development, but it will probably increase the importance of how children fare on various tests that measure their intellectual and social capabilities.

Similar efforts have been made before, as companies strived to find the most effective ways to evaluate the potential success of job candidates. But those attempts usually met with failure because many of the metrics they used were based on flawed studies or research that didn’t really apply to the workplace. It got to the point that by 1990 most companies had stopped incorporating that information into their hiring decisions.

However, now that more research has been done in the fields of intellect and personality, and new technology has made mining that information much easier, many companies are re-evaluating whether they should consider measures of those attributes in hiring decisions. And it is a trend that is likely to grow as the process for sifting big data becomes more refined.

Already in use
Transportation is one industry that is already using technology to closely track employee performance. Many trucking companies have installed devices in their drivers’ vehicles that track things like braking distance, fuel efficiency and, of course, driving speed.

Trucking might be a far cry from more specialized industries like IT and finance, but it still offers lessons in how these new technologies could be implemented across other industries. The electronic on-board recorders that will soon become mandatory in all long-haul trucks in the U.S. show how the minutiae of employee performance, along with other information from a person’s past, could decide how they are evaluated by current or potential future employers.

Instead of tracking miles driven, companies could use new algorithms to scour the Internet and compute what a combination of IQ test scores, employer evaluations, previous job performance, college grades and other metrics say about a candidate’s likelihood of success in the position.

One way to get a head start on this transition to a more statistical approach to hiring is to work with your children to improve their performance on various tests that might come into play later in their lives.