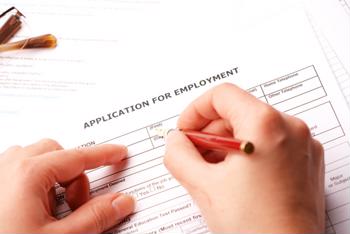 To land a job in the current economy, people are often told they need to be aggressive. However, as they do everything in their power to rise above the competition, from taking a career test to attending networking events, they may wonder if they are being a little too pushy.

As it turns out, there is such a thing as an overly aggressive job seeker, at least, according to U.S. News & World Report. If these individuals are not careful, their eager attitude toward the job search could backfire. To prevent this from happening, job seekers should watch for a few signs.

For example, people need to consider whether or not they tend to apply for every opening at a company. According to the news source, those who do this may appear a little desperate, which is not how candidates want potential employers to feel about them. Job seekers are also not advised to show up at an office without an appointment and ask for an interview. It comes off as disrespectful and shows they do not understand the hiring process.

However, job seekers also need to make sure they appear sufficiently motivated. For example, if they do not follow up with an employer after sending their resume and cover letter, Quintessential Careers states they are not being aggressive enough. This action proves an applicant is interested in and excited about a job opportunity.