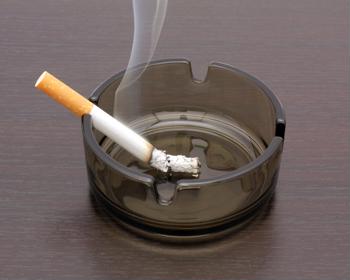 As people grow older, it is not uncommon for their cognitive abilities to decline. Someone may take an IQ test as a senior citizen and discover their intelligence quotient is not what it used to be. If individuals want to prevent this from being any worse than it has to be, they are going to want to stay away from alcohol and cigarettes, according to new research.

The researchers behind the study – the results of which will appear in "Alcoholism: Clinical & Experimental Research" – found that cognitive decline may worsen among alcohol-dependent  individuals who also smoke.

"Chronic cigarette smoking, excessive alcohol consumption and increasing age are all associated with increased oxidative damage to brain tissue," said Timothy C. Durazzo, an assistant professor at the University of California San Francisco. "Oxidative damage results from increased levels of free radicals and other compounds that directly injure neurons and other cells that make up the brain."

From researchers' perspective, these findings could have a positive impact on alcohol treatment programs and the best ways to get alcohol-dependent individuals the help they need. After all, if older individuals have cognitive problems due to their substance abuse, they may have trouble remembering treatment strategies.