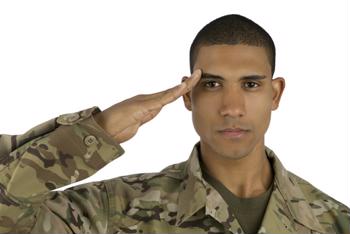 The Centers for Disease Control and Prevention consider traumatic brain injury (TBI) to be a serious public health problem, as it affects approximately 1.7 million people on an annual basis. This condition, which is typically the result of a blow to the head, is especially common among veterans who become injured while serving their country.

Veterans who have returned home from the conflicts in Afghanistan and Iraq, and have been diagnosed with TBI, may also have brain abnormalities, according to a new study from psychiatrists at the Iowa City VA Medical Center and University of Iowa (UI) Health Care. They found that these abnormalities are related to cognitive deficits, and linked to the severity of their brain injury.

"In the military population we studied, patients with TBI have more alterations, sometimes called 'potholes,' in the white matter of their brains than patients without a history of TBI," said Ricardo Jorge, a UI professor of psychiatry, who also authored the study.

Based on the psychiatrists' findings, the potholes were also linked to changes in the brain's executive functions, such as the ability to make a decision or establish a plan. With this information in mind, veterans, or anyone else who has sustained a TBI, may want to take an IQ test and see if there have been changes to their cognitive function.