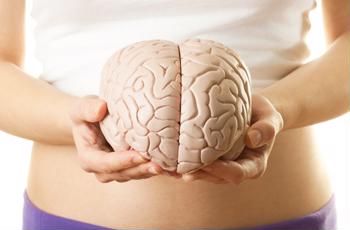 Some people may assume that anyone who receives a high score on an IQ test also enjoys devoting most of their free time to learning as much as possible as the nearest library. Anyone who thinks this would be wrong. In fact, 16-year-old U.K. resident Lauren Marbe proves that having a high IQ does not mean she cannot enjoy life's simple pleasures.

According to the Daily Mail, Marbe, who possesses an IQ of 161, loves to go tanning, receive manicures and blonde highlights. The teenager with an IQ higher than Albert Einstein's also loves to watch "The Only Way Is Essex," a British reality show.

Even though Marbe is now enrolled in Mensa, her high IQ is not her only accomplishment. She is also a talented performer, and has been part of the chorus for Andrew Lloyd Webber's "Joseph," in London's West End. Marbe currently has an eye to the future, and could see herself studying architecture at the University of Cambridge.

The headteacher at Roding Valley High School, where Marbe attends classes, is encouraged by the student's achievements, and is also thinking about the future.

"In a time where the media and government criticize our youth for their supposed ignorance and superficiality it is even more vital to celebrate and encourage intelligence," the headteacher told Yahoo! News UK & Ireland. "It is these bright young things which we hope – with the guidance of a good education – will become the future leaders of our society."