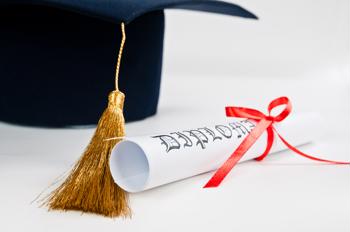 With the right mix of brains and drive, Arjun Singh, a resident of Kowloon City, Hong Kong, has the potential to become a stellar college student. According to the South China Morning Post, there is only one thing standing in his way – a visa.

Arjun is only 14 years old and, as a result, is too young to receive a student visa and attend King's College London in the U.K. Despite high grades and the fact that he was accepted to the College's physics program, Arjun is being blocked from pursuing his academic dreams, which would involve the study of high-energy particle physics.

"I want to try to contribute something to the physics community, so we can progress further," Arjun told the news source.

Currently, Arjun and his mother are weighing all their options in an effort to help him achieve his collegiate goals. If Arjun makes it to the College, he would be the youngest international student ever to attend the school.

However, Arjun would not be the first adolescent to pursue a college degree. For example, 21-year-old Sho Yano graduated from the University of Chicago last year with a Doctor of Medicine degree, the Chicago Tribune reported. To accomplish this, however, Yano had to begin his postsecondary studies at the age of 9.

If parents think their children are just as bright as Sho or Arjun, they should consider having them take an IQ test for kids. With the information they receive, parents will be better able to plan for their children's future.