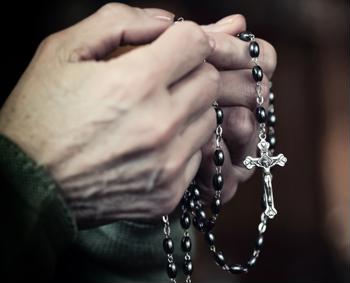 After taking an IQ test, those who receive a high score could go on to brag about their intelligence or remain humble about it. Gifted individuals could certainly learn a lesson from Sister Mary Alban Bouchard of Canada's Sisters of St. Joseph of Toronto, who recently passed away at the age of 81, the Toronto Star reported. Rather than seeking attention or fame, Bouchard dedicated her life to making the world a better place.

Sister Rita Marie McLean, one of Bouchard's friends, remembers how intelligent the late sister was.

"She really had a high IQ," McLean told the news source. "One of the sisters who taught us said she was one of the smartest students she had ever taught. She was multi-gifted. She wrote stories and poetry and music. She would perform. She could even paint."

Long ago, Bouchard recognized the growing division in the world and the danger of the arms race between the U.S. and the Soviet Union. Bouchard became a more active figure in the peace movement and organized workshops on peace education and non-violence. The sister even fasted for 30 days in Washington, D.C.

Just last month, Pax Christi Toronto presented Bouchard with the Teacher of Peace Award – the first of its kind, according to the Sisters of St. Joseph of Toronto's website. Bouchard received this honor in recognition of a lifetime of work spreading peace in locations such as Canada and Haiti.

Family moves for better gifted education opportunities
How people can stay ready for the job search, even when employed