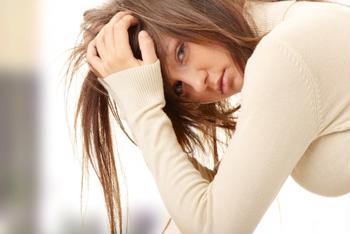 For some individuals, taking an IQ test can be a fun way to see how their intelligence quotient compares to that of geniuses like Albert Einstein and Stephen Hawking. At the same time, the results of one of these assessments may be able to inform them of their risk of developing schizophrenia.

That is because researchers from the University of Edinburgh recently found that having a low IQ could put people at risk of developing schizophrenia, according to a study that appears in "Biological Psychiatry." Based on data from 937 individuals who had their IQs assessed in 1947 at age 11, and then later in life around the age of 70, those who developed the mental disorder experienced an IQ reduction at some point between the two testing periods.

"If nature has loaded a person's genes towards schizophrenia, then there is a slight but detectable worsening in cognitive function between childhood and old age," said the University's Andrew McIntosh, who worked on the study with his colleagues. "With further research into how these genes affect the brain, it could become possible to understand how genes linked to schizophrenia affect people's cognitive function."

According to the Mayo Clinic, substance abuse, depression and suicide are all possible complications of schizophrenia. For this reason, those who are concerned about developing the disorder may want to take an IQ test every few years.

Clench the right hand for better memory
Together, alcohol, cigarettes and old age can be bad for the brain