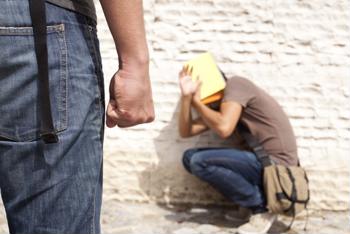 If teenagers have been in their fair share of fights, it may be time for them to take an IQ test for kids. Based on new research from Florida State University, IQ, in addition to the body, can take a hit during violent scuffles.

The researchers behind this study set out to see if fight injuries affected teenagers over a period of five to six years. They found that both boys and girls' cognitive abilities can be impacted by fights.

For boys, each injury led to an IQ loss of 1.62 points. On average, girls' IQ dropped by 3.02 points following a physical fight. These findings are troubling, as every year, about 4 percent of high school students engage in a fight that results in injury.

"We tend to focus on factors that may result in increases in intelligence over time, but examining the factors that result in decreases may be just as important," said Joseph A. Schwartz, the FSU doctoral student who conducted the study. "The first step in correcting a problem is understanding its underlying causes. By knowing that fighting-related injuries result in a significant decrease in intelligence, we can begin to develop programs and protocols aimed at effective intervention."