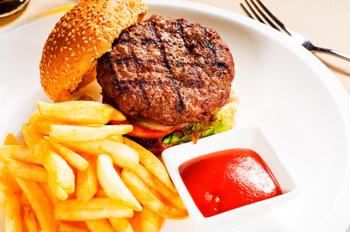 Feeling stressed at the office? Helpguide suggests scheduling regular breaks for yourself throughout the workday. Something so simple as eating lunch away from your desk can provide the relief you need from whatever daily work pressures.

However, workers may want to think twice before they take that next lunch break, as eating lunch out can affect people's cognitive abilities. At least, this is the conclusion researchers from Germany's Humboldt University found in a recent study, which appears in the open access journal "PLOS ONE."

In the study, researchers had two groups of workers eat the same lunch. However, the participants in one group dined with a friend at a restaurant, while individuals in the other did not leave their desks. Those who ate out were found to be calmer and sleepier than workers who did not leave work. Participants in this latter group were not at all affected by their lunch routine.

Perhaps the study's most significant finding was that workers who had lunch away from their desks showed signs of poor cognitive control and error monitoring. As a result, it may be in the best interest of employees who eat out regularly to take an IQ test. After reviewing the results, they may decide it is best to spend more lunch breaks at the office.