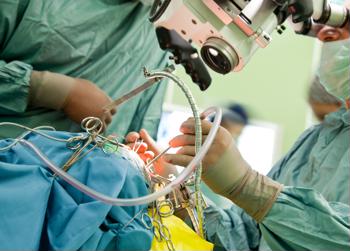 It is not uncommon for individuals with brain tumors to experience changes to the way they think or behave. The Preston Robert Tisch Brain Tumor Center at Duke University Medical Center states that changes can vary from forgetting important events to sudden outbursts of anger.

While personality changes are common before individuals undergo brain surgery to remove brain tumors, they can surface after an operation as well. This was the case with one woman who had surgery to remove a pituitary tumor about 30 years ago, according to the Deseret News. It was after the procedure that her husband began to notice changes to his wife's personality. He told his story on The Loveumentary podcast.

"My wife and I have been married more than 40 years, that's a long time," Jim said in the podcast. "And over the years, I think because of the surgery, she's had some of the traits that we really appreciated from her, have gone by the wayside. … There are many characteristics that she has currently that she didn't have when we got married. … She's a different person."

While not everybody will go through the same experience following brain surgery, those who have received a procedure of this nature may want to take a personality test to see if their behavior has undergone significant changes.