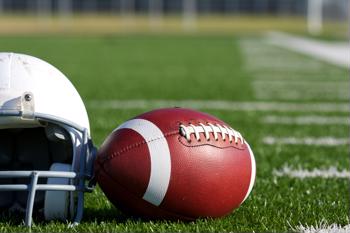 People of all ages could sustain a traumatic brain injury at any time. A child could slip out of his or her parent's arms and receive a head injury, or someone skiing could lose balance and hit a tree. TBIs are especially a problem for athletes young and old.

Dangerous games
Football, hockey and other sports are both fun to play and to watch. However, they can also be quite dangerous if players are not careful.

In 2009 alone, an estimated 446,788 sports-related head injuries were treated in U.S. hospital emergency rooms, according to the American Association of Neurological Surgeons. This figure represented an increase of almost 95,000 over the previous year's injury total.

Between 2008 and 2009, the number of head injuries caused by baseball and softball, basketball, cycling and water sports all increased.

TBI complications
A severe TBI has the potential to change someone's life. The Centers for Disease Control and Prevention states that short- and long-term changes to thinking, sensation, language and emotion can all follow a blow to the head.

This means that a TBI could cause people to have a harder time recollecting memories, tasting certain foods, expressing themselves or acting as they did before they sustained their injury. If someone were to take a personality test before and after an accident, the results from the two assessments may seem as though they are from different people. At the same time, the results of an IQ test might show a significant loss in IQ points, depending on the severity of the TBI.

Providing protection
As it is no secret that rough-and-tumble sports like football can cause injuries, there are those who are taking steps to protect players from TBIs. For example, such schools as Brown University, Dartmouth College and Virginia Tech have purchased high-tech football helmets for their student players, The Prescott Daily Courier reported.

These helmets feature built-in sensors and alert monitors. When a player sustains a head impact that goes beyond a predetermined threshold, trainers on the sideline are alerted. This allows players to be pulled out of the game to receive immediate medical attention if they require it.

As long as athletes know the risks associated with playing sports, they can take the proper measures to ensure the safety of their head.

How people can stay ready for the job search, even when employed
Omega-3s may not be as helpful as people assume