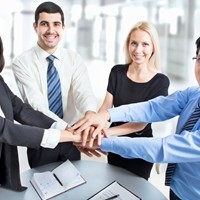 By FunEducation News on September 25, 2014 in Kids IQ Test Information

In a phenomenon known as the Flynn effect, humans' IQ scores have been increasing over time. When scientists compare how intelligent a person is today to how smart people were, say, 100 years ago, they have to adjust the scale to reflect the new average. IQ tests are scored on a scale that's dependent on a societal norm. People with an average intelligence have a score around 100. Because people are getting smarter, that 100 isn't the same as it was in the past. James Flynn, who observed and studied this trend, recently noted that time has impacted the comparison of IQ in men and women.

"In the last 100 years the IQ scores of both men and women have risen, but women's have risen faster," Flynn told The Telegraph. "This is a consequence of modernity. The complexity of the modern world is making our brains adapt and raising our IQ."

Speculating cause
Though Flynn has studied the trend of women's improving IQs, he noted that researchers need more data to explain it. However, he does have some theories. Women may have always had the potential to have higher IQs, but society has placed many obstacles in their way. For instance, many women historically haven't had access to education in the same capacity as men. They have been discouraged from entering certain fields. Now that women have more opportunities to test their intelligence, they are rising to the occasion. Of course, the hypothesis needs more research.

According to Psychology Today, Flynn also noted that his findings don't necessarily indicate that women are of significantly greater intelligence than men. Though their scores, in his research, have been slightly higher, men and women are (for all intents and purposes) on the same playing field.

What it means for kids and jobs
Flynn's research highlights the importance of instilling equality in education when kids are young. A boy and girl both have the potential to go on and work for NASA, take on national leadership positions or basically do whatever they want. Job roles men have traditionally held need to be more open to women, especially given that women are intelligent enough to excel in such fields. In fact, according to the U.S. Department of Commerce, only 25 percent of STEM jobs are held by women. Furthermore, women who have a degree in a STEM field are more likely to take that expertise to a medical or educational career.

Overall, Flynn's research only strengthens the point that men and women are equally capable in school and careers, and employment and education need to reflect that.