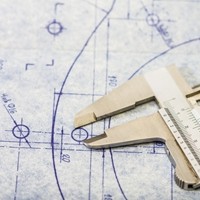 By FunEducation News on April 16, 2022 in Kids IQ Test Information

A person’s IQ score is one of the best indicators of his or her intelligence. But could it also correlate with his or her academic decisions after high school? According to 2014 data from the Education Testing Service, IQ scores do have some correlation with SAT scores and people’s intended college majors and highest IQ degrees. Keep in mind that the correlation doesn’t necessarily mean that students who choose other majors have lesser intelligence. That said, which majors correspond with the highest IQ scores of its students? Take a look at the top five college majors of highly intelligent people:

1. Physics and astronomy
Physics is a field dominated by such notable geniuses as Albert Einstein, Stephen Hawking and Isaac Newton, so it’s no wonder that it should be the chosen major of some very intelligent students. The average IQ of physics and astronomy students is 133 (remember that scores between 120 and 140 indicate very high intelligence).

3. Philosophy
Philosophy is sometimes thought of as a soft major, but according to the data from the ETS, it’s actually a hub of incredibly intelligent students. Like physics, the field of philosophy is full of some of the most notable geniuses in history, including Socrates, Aristotle, Immanuel Kant and more. Philosophy majors have a mean IQ score of 129, just one point behind mathematical sciences majors.

4. Engineering
Engineering contains many subfields, including materials, mechanical, chemical and electrical engineering, among several others. The engineering major that holds the highest average IQ of its students is materials engineering, with a mean score of 129. Several other engineering fields are among the smartest college majors and have an average student IQ score just one point below at 128.

5. Economics
Rounding out the top five majors of highly intelligent students is economics, a field known for its incredible complexity. Like some engineering fields, the average IQ of economics students is 128.

Some college majors with lower average IQ scores include social work, early childhood and home economics. Remember that these scores are an average, though, and don’t represent individual students’ IQ scores.