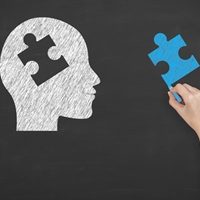 By FunEducation News on December 13, 2016 in Kids IQ Test Information

Providing for your family is one of the chief responsibilities of being a parent, but for many, that means making huge sacrifices. Some parents even have to leave home for extended periods of time to find work, leaving their children in the care of relatives. This scenario is so prevalent in China that kids in such circumstances are known as left-behind children (LBC). Researchers at Sichuan University decided to study the developmental impact of absent parents on their kids. They presented their findings at the 2015 meeting of the Radiological Society of North America.

Higher gray matter
​LBC are defined as kids whose parents left them in the care of relatives or family friends for periods of six months or longer. Even if parents eventually return or move their kids to be with them in a new city, LBC's brains show the evidence of the absence.

Researchers performed MRIs on 38 LBC and a control group of 30 kids who had present parents, all within the 7-13 and 7-14 age range, respectively. Then, the children took IQ tests. Scientists wanted to see if there was a significant difference in brain imaging and intelligence between LBC and the control group. While IQ scores were not remarkably different, the MRIs did show that LBC had more gray matter in their brains. Gray matter is a type of brain tissue – according to researchers, in large amounts, it can be linked to developmental delays.

What the evidence suggests
Researchers speculate that not having parents around to provide emotional support can inhibit growth.

"Our study provides the first empirical evidence showing that the lack of direct parental care alters the trajectory of brain development in left-behind children," Yuan Xiao, study author, said in a statement. "Public health efforts are needed to provide additional intellectual and emotional support to children left behind by parents."

Researchers did not suggest what measures public health officials should take to ensure LBC get the help they need. Additionally, the study did not indicate whether kids were able to catch up developmentally with their peers after they were reunited with their parents.

Understanding gray matter
Comprehending the link between gray matter and intelligence is important for grasping the impact of the Sichuan University study. However, the relationship can be complicated. According to a study published in the journal Intelligence, gray matter affects intelligence when it's present in certain areas of the brain. Researchers believe this is why people with similar IQs can have disparaging skill sets – one person may have more gray matter in regions associated with math than in language, while the other person has the opposite.

What's more, gray-matter density, rather than sheer volume, seems to have the greatest impact on intellect. In general, the denser the gray matter, the more intelligent the person is.

This may seem contrary to the Sichuan University study results, which found LBC had greater amounts of gray matter than their peers. However, researchers noted that in these kids, the gray matter was consistent with issues like insufficient pruning. Pruning is a process the brain goes through during development, especially in the time between birth and adolescence. When pruning doesn't happen in the correct volume, children can experience a developmental shortcoming. This was the case for the LBC.

The emotional side of being gifted
Understanding perfectionism in gifted children