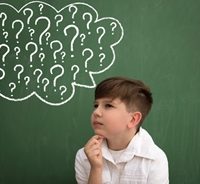 By FunEducation News on October 27, 2016 in Kids IQ Test Information

People constantly wonder how smart they are versus how intelligent they could be. Does the human race have a limited intelligence that each individual can achieve? Or does a person's financial status, geography, family and values change that potential for learning? Dr. Robert Sternberg believed the latter, forming his triarchic theory of intelligence.

What is the triarchic theory of intelligence?
Sternberg created the triarchic theory of intelligence to better encompass the human intellect. Instead of saying that a person has a specific potential to gain knowledge based on simply being a homosapi​en, Sternberg gauges a person's potential by his or her sociocultural context and personal standards.

Finally, experiential intelligence, called creative intelligence, involves creativity and ingenuity. This ranges from coming up with new thoughts and ideas to handling unique happenings. Discovering, inventing, predicting and imagination are all parts of this intelligence, according to Sternberg.

Using the triarchic theory in education
Sternberg also developed a set of principles for educational leaders to follow in accordance with the triarchic theory of intelligence. He wrote that schools must consider students' social standing and culture in order to provide proper training for their future that they can understand. Education should show students aspects of the world as a part of their learning so they can link schooling with things they will encounter away from the classroom.

Another major point is for teachers is to encourage students to use their differences to their advantage. While one person may look at a problem in a certain way, that does not mean his or her method is right or the only option. Instead, everyone has a unique thought process and intelligences they can use to solve a problem or complete a task. Even if a child gets the correct answer on a math problem, if the person does it differently than the teacher suggested the student may not receive credit for a correct answer. Sternberg suggests instead supporting these individual thinkers so they know that creativity and innovation are just as important as finding a solution.

Predicting your success in life
But how do your abilities in the three aspects of triarchic intelligence predict your success in life? Sternberg believes that a person must use analytical, contextual and experiential intelligence in order to be successful. It takes a full range of skills to succeed and work toward goals. To Sternerg, making use of an individual's strengths while also bolstering their weaknesses is the key to being successful.

For parents looking to help their kids thrive, this means nurturing not just their logical thinking skills and mathematical abilities, but also encouraging them to learn from their world and undertake creative endeavors. Supporting curiosity and outside-the-box thinking is crucial just as understanding how to analyze and memorize facts is necessary.

It's important that individuals of all ages can identify their strengths and areas where they need work. Talk with your children about what aspects of school they need help in. Perhaps a certain subject is difficult or they need some practice to improve at test taking. Also talk about life skills, like sharing or coping with frustrations. Then, discuss ways to improve. This could mean spending extra time on reading because it's tricky, or doing many practice quizzes before a big exam. Parents can also speak with teachers to learn what these professionals have noticed in class about strengths and weaknesses. Bring up these matters in a parent-teacher conference and you're sure to leave with some ideas on how to help your children succeed.

Understanding dual enrollment
The vital link between health and intelligence