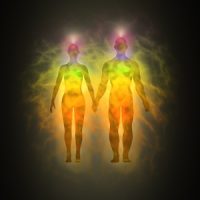 By FunEducation News on November 29, 2016 in Kids IQ Test Information

For many years, scientists have tried to understand whether a person's health affects their intelligence, or if it's the other way around. As more and more research focuses on potential links between the two, it is becoming increasingly clear that the body and mind truly are connected. Exactly how the brain and body connect is still being interpreted, but here is some information to give you a glimpse:

Intelligence and life expectancy
Scientists focus largely on longitudinal studies when establishing how life expectancies are affected by intelligence. Long-term research, preferably that has access to a large group of study participants, over a long period of time offers the most insight.

A famous study at the University of Edinburgh has been touted as some of the most critical research on the subject. Researchers used a government data called the Scottish Mental Surveys from 1932 that measured the IQs of almost every 11-year-old attending school in the country that day. Those numbers were then compared with the individuals living in Aberdeen 65 years later. The researchers wanted to know who was still alive from the original cohort, and took note of their IQ from the tests when they were young.

The results showed that the 11-year-olds whose IQs were 115, which is above average, had a 21 percent increase in still being alive at age 76 when compared to those grade-schoolers who had an average IQ of 100 back in 1932. Since then, many studies have further proven the theory that smarter individuals live longer – as many as 20 research projects, according to Scientific American.

Smarts and overall health
Science Alert noted that people with higher IQs are more likely to have better quality of life. This means they are more aware of their weight, eat nutritious foods, exercise, go to the doctor regularly and even wear their seatbelts. This shows that better health is partially attributed to smarts. Plus, individuals who have higher IQs are more likely to have better jobs and earn higher paychecks, allowing them to make specific health related choices that those who earn less may not be able to access. Actions like joining a gym, attending physicals and purchasing organic foods are much easier for individuals who have higher pay.

A paper published by Linda S. Gottfredson and Ian J. Deary entitled, "Intelligence Predicts Health and Longevity, but Why?" noted that access to information is also key. People with a higher level of smarts tend to be the ones who are reading the news and paying attention to new health information like improved diagnostics or the results of important studies. Due to their higher socioeconomic status, these people also have an increased likelihood of them using this data in their own lives. As an example, the article mentioned that when the medical fields realized how bad smoking is for people, they spread the word via news outlets. Individuals who could afford to smoke and were doing so then heard this news and many chose to stop the habit. Those who didn't fully comprehend the negative information released about the effects of smoking were less likely to quit. Thus, smarter people stopped smoking while those with lower IQs were less likely to follow suit.

Improving your smarts and health
How can you use the above knowledge to your advantage? Improve your health and IQ simultaneously. First, think about your lifestyle. Do you get enough exercise? When is the last time you went to a doctor or dentist? No matter your income level, you can always work out more or find a health practitioner that offers discounted rates on necessary services. Try to eat more vegetables and fruits, avoiding sugar and chemical additives.

These improvements will help your brain and body function better. At the same time, work to improve your IQ. You can do so by reading books with sporadic words you have to look up to increase your vocabulary. Read aloud with your kids. Take practice IQ tests to see what areas you need work in. Try learning a new language. Play games like jigsaw puzzles or memory testers. All of these activities can combine to help you better your cognitive thinking, logical reasoning skills and even improve your recall abilities.

Your entire family can benefit from these healthy lifestyle changes. Your IQ is not sentient – you can actively work toward improving your intelligence levels all while choosing to be healthier overall. Just knowing that your smarts and body are linked is a great step in improving your wellbeing and that of your family members.

How the triarchic theory of intelligence predicts your success in life
Study: Parents don’t have to fear anesthesia