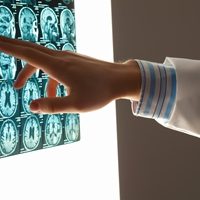 By FunEducation News on December 7, 2016 in Kids IQ Test Information

For years, parents and scientists alike worried that introducing infants to general anesthesia could produce negative neurological outcomes as they grew older. However, in some cases, young kids have no choice but to receive anesthesia for medical treatment. What's more, previous research has seemed to have mixed results on the subject, even prompting recommendations to beware of anesthesia. To determine whether general anesthesia has any impact on brain development and intelligence, and to help parents rest easy, researchers performed two studies on infants who were exposed to the treatment. Their results proved optimistic.

From infancy to age 2
The first study was published in the scientific journal The Lancet and followed the neurodevelopment of children who received less than one hour of general anesthesia during infancy. The children were all younger than 60 weeks old and are from 28 different hospitals around the world, including the U.S., Canada, the U.K., Australia, Italy, New Zealand and the Netherlands. Each child was having surgery for an inguinal hernia, which can lead to life-threatening complications if left unchecked. A control group of children undergoing the same surgery received regional anesthesia instead.

Researchers then ran tests on the children when they were 2 years old and compared brain scans of the control and test groups. They found no evidence that the kids who'd been exposed to general anesthesia had adverse neurological development later in life.

Outcomes further down the road
Another study, published in The Journal of the American Medical Association, sought to discover whether anesthesia affected kids even later in their childhoods. This one, however, used siblings as the control group. Researchers compared the IQ scores of healthy kids who had never been exposed to general anesthesia with that of their siblings who had been when they were younger than 36 months old.

Kids took the cognitive abilities test when they were between the ages of 8 and 15, long after being exposed to general anesthesia. The results showed no significant differences between siblings' scores.

"Overall, this is good news for parents whose children need anesthesia for elective surgery or a diagnostic procedure," Dr. Lena Sun, lead author of the study, said in a statement.

Remaining unknowns
These studies illustrate that parents need not fear when their children must undergo anesthesia – it's better for them to go under than opt out of necessary surgeries. However, researchers still don't know a lot about the treatment's affects on brain development, particularly under specific circumstances.

The JAMA study specifically noted that more research into how anesthesia affects individuals who may be sensitive to it is needed. Additionally, future studies may choose to look at kids who have had prolonged or repeated exposure to anesthesia. The two studies listed here included kids who only had it once and for less than one hour each.