By Jonathan Paul on October 25, 2008 in News and Information

Be happy while you’re living, for you’re a long time dead. 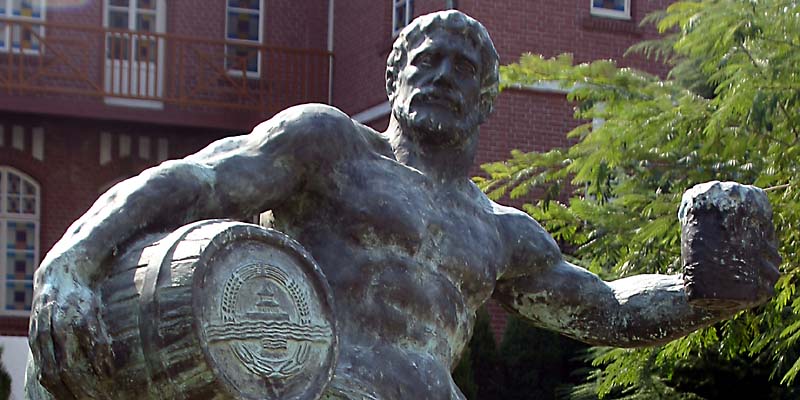 There are so many ways to express this philosophy: Carpe Diem; Eat, Drink and Be Merry, for Tomorrow We Die; Memento Mori; Be Happy.

These endeavors go on record as the most pleasurable search for meaning: hedonism, in which the main pursuit of life is pleasure. Hedonism espouses the fact that man is in essence selfish and lustful. Hedonism is often joined with utilitarianism, which claims that we should act based upon the best interest of the group, or on a grander scale, everyone. We seek good for both ourselves and our families.  Coupling hedonism and utilitarianism, therefore, should result in everyone aiming for the happiness of everyone.

Hedonism has a long history. As early as the 5th century BC, Democritus was advocating the chief goal of life being “contentment,” long before Plato was advocating the relentless search for knowledge. Epicurus advocated a similar position a century later, emphasizing the highest pleasure of a simple, moderate life of friends and philosophical discussions. Of course, most people today would associate Epicurus with the term Epicurean and high dining. There are also those who would say that Freud was a proponent of hedonism. His description of a “life instinct” is very similar to the philosophy’s claims that people pursue pleasure.

Hedonism is closely associated with Egoism, a theory that claims that humans act solely in their own self-interest. They are sometimes combined and referred to as ethical hedonism. This combines ethical egoism, individuals seeking their own good, with hedonism. Ethical hedonism, in short, advocates that humans should rightly seek their own pleasure and act accordingly. It is important to distinguish, however, the search for pleasure from selfish acts. In order to contribute to one’s meaning, the intention must be a pleasurable life rather than just a selfish, pleasurable act.

Jonathan Paul is the Chancellor and a co-founder of FunEducation, Inc., one of the premier online testing providers of IQ tests, personality tests, career profiles and standardized practice materials. Jonathan started his career in technology as a corporate attorney specializing in advising start-up and emerging growth companies.  He is licensed to practice law in California and Texas and is qualified as a solicitor (non-practising) in England and Wales.  Prior to attending law school, he served four years in the United States Navy as a communications officer. Jonathan received his BA in History, with distinction, from the Virginia Military Institute and a JD from the University of Texas School of Law.  He is a member of both Mensa™ - the high IQ society, and Intertel™ - for people who test in the 99th percentile on an IQ test. These posts discuss the resources he uses in a constant pursuit to discover the meaning of life.
View all posts by Jonathan Paul →

IQ Test Practice Questions
42 is the Meaning of Life