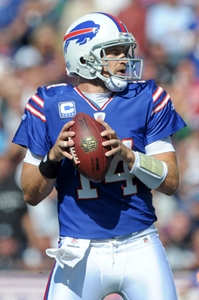 By FunEducation News on May 31, 2015 in Kids IQ Test Information

Sports players are often hailed for their big wins, athleticism and sportsmanship, but it's not often you hear them praised for their intelligence. But there are quite a few athletes who have both brawns and brains – and quite the academic record to prove it. Check out these five super smart athletes who score well on IQ tests and on the field and court:

1. Craig Breslow
​Craig Breslow has been widely known for his smarts for years, after graduating from Yale with a degree in molecular biophysics and biochemistry. The Boston Red Sox pitcher, who is appropriately nicknamed "the smartest man in baseball," even applied to med school at New York University, although he decided to pursue a career in baseball instead – at least for now.

2. Marion Bartoli
​Former pro-tennis player Marion Bartoli's career as an athlete is almost as impressive as her IQ. That's a substantial feat, as Bartoli says she has an IQ score of 175, which puts her squarely in the genius category. Among other achievements, the former French tennis star was ranked within the top 10 players in the world before easily winning Wimbledon in 2013. She's now retired from tennis, but who knows what she may do next?

3. Myron Rolle
When Myron Rolle started playing for the NFL's Tennessee Titans in 2010, he'd already achieved a bachelor's degree in exercise science (in just 2.5 years) from Florida State University, a Rhodes scholarship and a Master of Science in medical anthropology from Oxford University. The genius athlete's performance on the field during his time at Florida State University was just as good as his performance off the field, and he's now retired from the NFL and pursuing another degree from the FSU School of Medicine.

4. Ryan Fitzpatrick
The New York Jet's Ryan Fitzpatrick is one of the most successful quarterbacks in professional football, but pre-NFL, Fitzpatrick was just as impressive. The football player attended Harvard after scoring 1580 on the SATs (out of a then total score of 1600). He graduated from Harvard with an economics degree, while also finding time to break several team records and become the 2004 season MVP.

5. Emeka Okafor
With a degree in finance from the University of Connecticut, it's obvious NBA player Emeka Okafor is smart. But more impressive than that is what the basketball player and former Academic All-American is doing with his smarts. Okafor started a philanthropic initiative to help save one million lives in Africa by reducing exposure to HIV.

Zap your way to a lower IQ score
Do U.S. presidents need to have a high IQ score?