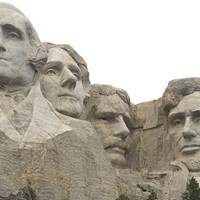 By FunEducation News on June 10, 2015 in Kids IQ Test Information

The president of the U.S. has an unarguably tough job. He or she has to make a variety of important decisions regarding everything from foreign policy to domestic laws. So, you can assume that a president has to be pretty smart, right? The average IQ score of the general population is 100, while scores of 130 and greater are considered genius-level. Where do presidents fall on that spectrum? Take a look at how smart our U.S. presidents have been and whether their intelligence makes them better leaders:

How smart are the U.S. presidents?
It's hard to determine the exact IQ scores of many U.S. presidents because most of them never took the Wechsler Adult Intelligence Scale or the Stanford-Binet test. That's why, in a 2006 study published in the journal Political Psychology, researchers used historiometric research to come up with accurate estimates of the presidents' IQs. In other words, researchers used personality traits as well as other test scores to estimate what they call the presidents' "intellectual brilliance."

What they found was that presidents are indeed more intelligent than the general population, and often much more so. In fact, the least intelligent president according to researchers was Ulysses S. Grant, with an IQ of 120 (well above average), while the most intelligent was John Quincy Adams, with a whopping estimated IQ score of 168.75. Rounding out the top three were Thomas Jefferson (who was well-known for his genius and had an estimated IQ of 153.75) and John F. Kennedy (150.65). Compared to the general population, 28 U.S. presidents scored in the top 3 percent for their high intelligence.

Does intelligence matter?
The study didn't only estimate the presidents' intellectual abilities, though. Researchers also used that information to determine whether there is a link between IQ and presidential performance – they discovered a clear correlation. This makes sense when you consider that a person's intelligence is widely considered to be an indication of how successful they'll be in life and careers. However, researchers found that IQ scores weren't the only ingredient to successful presidential leadership. Presidents must also be open to new experiences to be effective leaders.

While intelligence certainly matters for U.S. presidents, it isn't the only important trait. Perhaps factors like emotional intelligence, creativity and sociability play a role, but further research would have to be done to know for sure.