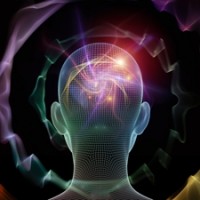 By FunEducation News on May 22, 2015 in Kids IQ Test Information

A "shocking" new study from the University of North Carolina School of Medicine has found that sending weak electrical currents through a person's brain may negatively affect his or her IQ score. Researchers studied transcranial direct current stimulation, which is a type of neurostimulation method that zaps certain areas of the brain to increase the movement of neurons. It's been used in the past to affect things like memory and cognitive acuity. It's even been used as treatment for such mental conditions as depression, schizophrenia and even strokes. Here's what the study found about how and why tDCS may adversely affect IQ scores:

The tDCS study
Studies have conducted research on tDCS in the past, but not many have related the electrical treatment directly to IQ. Researchers at the UNC School of Medicine conducted a double-blind study using 40 healthy adults. The participants were asked to take a Wechsler Adult Intelligence Scale IQ test, which evaluates verbal comprehension, perceptional reasoning, working memory and processing speed. Then, half of the participants were given full tDCS treatment and the other half were given a placebo treatment, using a short electric current that would make them think they were undergoing tDCS. When they retook the IQ test, researchers found interesting results.

Each participant saw an increase in IQ, though the placebo group had an overall average increase of 10 points, whereas the tDCS group's average IQ only changed by less than 6 points. Despite that perceived gain, the tDCS appeared to be detrimental in participants' perceptional reasoning scores, which is an indication of fluid intelligence (the ability to logically and innovatively solve new problems).

According to the lead researcher of the study, Flavio Frohlich, the results were to be expected – but they aren't good news.

"It would be wonderful if we could use tDCS to enhance cognition because then we could potentially use it to treat cognitive impairment in psychiatric illnesses," Frohlich said in a statement. "So, this study is bad news. Yet, the finding makes sense. It means that some of the most sophisticated things the brain can do, in terms of cognition, can't necessarily be altered with just a constant electric current."

Is there an alternative?
Frohlich and the other researchers say that their results don't necessarily mean tDCS can't be used in other ways but that the treatment should be studied further. It's clear to them, though, that it's effects on fluid IQ should preclude people from using it as a quick fix. Frohlich believes people should focus more on transcranial alternating current stimulation (tACS), which he found can improve creativity in a study earlier this year.

Can parents’ age affect children’s IQ scores?
5 super smart athletes who win on and off the field