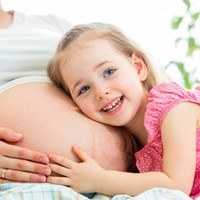 By FunEducation News on December 16, 2014 in Kids IQ Test Information

Many Americans use a variety of products without thinking what goes into them. Sure, you likely read the ingredients of the cereal you buy at the grocery store, but do you know how the packaging is made? Items like food containers, nail polish, shower curtains, dryer sheets, etc., commonly contain phthalates, chemicals that provide products with extra durability and flexibility. However, phthalates (pronounced THAL-ates) could have a negative impact on human minds. According to a new study published in the journal PLOS One, pregnant women exposed to high amount of phthalates may give birth to kids who have a lower IQ than their peers by the time they reach age 7.

Finding the link
Researchers studied 328 low-income mothers from New York City from 1998 to the present. When they were pregnant, the moms provided urine samples, then the kids have been given various tests, including IQ tests, once they were old enough to do so. The samples revealed that women were generally exposed to five types of phthalates: di-2-ethylhexyl phthalate, di-n-butyl phthalate (DnBP), di-isobutyl phthalate (DiBP), diethyl phthalate and butylbenzyl phthalate (BBzP). However, only DnBP and DiBP were linked to IQ.

Children exposed to high amounts of those two phthalates scored lower on IQ tests than their peers when they were 7 years old. On average, those exposed to more phthalates than others scored between 6.6 and 7.6 points lower.

Stunting intelligence
Phthalates are categorized as endocrine disrupters, which mess with hormones in the body. When children are still in the womb, hormones help regulate development, including the formation of the brain. Phthalates can interrupt that process, causing lower IQ later in life.

"We were very concerned that there might be another variable that might account for the results," Pam Factor-Litvak, researcher at the Mailman School of Public Health at Columbia University and leader of the study, told NBC News. "We controlled for many, many of those, including things like maternal education, maternal IQ … the child's sex, exposure to tobacco smoke in the home, prenatal tobacco use … and nothing (else) accounts for the results."

Thinking ahead
Although researchers were thorough, accounting for other variables as best as possible, other scientists note that the topic needs more research to verify the link between IQ and phthalates. In the interim, mothers can play it safe by avoiding the chemicals, though that's difficult. Phthalates are in a variety of products, including lipstick, raincoats and those items mentioned earlier. By purchasing organic brands, pregnant women may be able to limit exposure.

The brain on sleep
Chess and its association with IQ