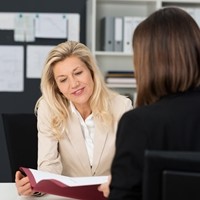 By FunEducation News on May 12, 2015 in Kids IQ Test Information

High IQ scores are often talked about as being an indicator of a person's success. After all, when you think of a highly intelligent person, some of the more well-known geniuses like Leonardo da Vinci, Albert Einstein and Mozart likely come to mind. All of these men were very successful in their fields, and their brilliant minds and high IQ scores surely played a part. However, there are other factors to success, including a person's emotional quotient (EQ), or the measure of his or her emotional intelligence. Some say EQ may be an even more important indicator of whether a person will succeed in a career. Here's the difference between EQ and IQ, and what some say about which matters more:

Why is IQ important?
Studies have shown that IQ scores can be a good way to predict students' success in academia. For instance, a study published in the scientific journal Intelligence found that children with higher cognitive abilities (as measured by the intelligence tests Raven's Advanced Progressive Matrices) tended to score better on standardized tests and had higher grade point averages overall. However, even in academics, intelligence isn't the only ingredient for success. Other studies have found factors like self-motivation and working memory play a very important role in how well someone does in school.

Why is EQ important?
It makes sense that IQ could indicate whether a person will perform well on standardized tests and in school since IQ is a measure of some necessary academic skills, like logical thinking and spatial and abstract reasoning abilities. However, when it comes to finding success in most careers, being able to communicate well with others, interact naturally and understand and empathize with people's emotions becomes much more important for success. A paper published in the Consortium for Research on Emotional Intelligence in Organizations indicated a study of employees at L'Oreal. Based on measured emotional competencies, sales agents with a higher EQ outsold other employees by more than $90,000 annually. In short, being able to work with others plays an important role in almost any career.

Clearly, people's IQ and EQ scores are both important indicators of success. However, emotional intelligence may matter a bit more when it comes to careers and other areas of life in which working with others is necessary.