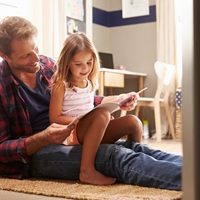 By FunEducation News on August 23, 2016 in Kids IQ Test Information

Have you ever heard someone say that children are growing smarter and smarter? They’re not wrong! As humans create new technologies and learn more, kids score higher on IQ tests. This trend is called the Flynn effect.

What is the Flynn effect?
In 1984, James R. Flynn studied IQ test scores for the last 60 years. He found that from one generation to the next, the average IQ increased in every reporting country across 73 total studies and 7,431 participants from across the world. Flynn tracked Wechsler and Stanford-Binet tests, as well as Raven’s Progressive Matrices and Otis-Lennon tests.

Flynn noted that each generation had an increase between five and 25 points, with major improvements on tests that measured fluid intelligence. This type of IQ is measured by testing an individuals problem-solving skills. Unlike today’s SAT or Common Core State Standards, fluid intelligence tests do not measure familiarity with symbols, words or specific skills. From one year to the next, the IQ gain averaged 0.31 points.

Why are people becoming smarter?
We do not know the cause of the Flynn effect. The researcher noted that he believes environmental factors may be part of the explanation. Increasingly better nutrition, more adept time-management skills and changing IQ testing methods could all be factors in the IQ increase.

Why does the Flynn effect matter?
IQ tests cannot stay the same. If today’s individuals took the tests people in the early 1900s were given, there would likely be a major gap in the questions, potentially leading to poor scores. The subject matter and style of the older test would not be in line with what today’s students are learning. IQ tests are restandardized every few years to account for major changes in society. While you may have taken an IQ test when you were in school, your kids will face very different questions on today’s exams.

Another interesting phenomena of the Flynn effect is that older people score lower on IQ tests. It’s not because they’re less intelligent, but instead they grew up with a lower general level of intelligence to work toward. A senior who takes the latest IQ test will likely score below their kids or grandkids. Give the latest generations a version of a test the senior may have taken as a kid and the senior and test-taker may achieve similar scores.

Any of these may influence a person’s overall intelligence, and together they can largely change the entire population’s general IQ. Later studies by Flynn and Dickens looked to better describe exactly why IQs are rising. They found that an increase in formal education, like in the years leading up to World War ll, leads to especially disparate IQ scores from one year to the next. Students learned more science and therefore became better abstract thinkers and improved their overall reasoning skills.

Why do different IQ tests produce varied results?
MENSA, the organization that connects people of the highest IQs, accepts individuals who are in the top 2 percent on IQ tests. They do not specify what IQ tests potential applicants must complete. This can be tricky because a child who takes an older variety of the Stanford-Binet IQ test, for example, may score higher than someone of similar intelligence who took the most recent version of the exam. Not all IQ tests are the same from one exam to the next and one version to the next. The questions are different, but so are the people taking them. A test from 25 years ago may have fewer problem-solving questions and more about recognizing patterns and remembering specific terms, for example.

Are your kids smarter than you?
Every parent wonders just how their intelligence compares to that of their kids. If you were to take the latest version of the same IQ test, chances are your children would earn a better score than you! If you want to test this theory, visit Fun Education to try an online IQ test.