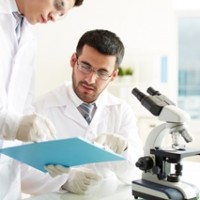 By FunEducation News on July 3, 2014 in Kids IQ Test Information

Zhao Bowen was bored in high school, even though he attended the most prestigious preparatory institute in China. But Zhao isn't like most kids. The now 21-year-old was and still is considered a science prodigy, having aced all of his high school entrance exams while still in sixth grade. When Zhao was a teenager, he started attending a summer camp through the Beijing Genomics Institute, which is recognized as the largest biotechnology institution in the world.

Becoming a researcher
According to Wired, Wang Jian, one of the founders of BGI, caught Zhao skipping class during the summer camp. Wang asked the 17-year-old what he was doing in the halls and why he wasn't in his classroom. Zhao said that "it's boring." Wang smiled and decided to see what Zhao could do. He later handed him a book called "Programming Perl." Perl is a computer programming language used to analyze genomic data. Most students require a year to grasp it, but Zhao mastered Perl in a few days.

Wang then gave the teenager data to sort and DNA-analysis problems to solve. Zhao returned later with all the correct answers and an interface he built to sort the data. Wang was impressed and offered Zhao a job. The teen, with the permission of his parents and school, dropped out and joined the firm.

Researching genetics and IQ
At 21, Zhao heads a research team that's looking for a link between intelligence and genetics. The so-called science prodigy is fascinated by that mysterious element that makes some people so much smarter than others. He believes that there is a common denominator in highly intelligent people, and that his team will find it.

Researchers are looking at DNA samples of about 2,500 people whose IQ scores are over 160 – as a point of reference, a score of 100 is average and having an IQ of 140 is considered genius. BGI teams also sequence more than 6 trillion DNA bases using computing software. While this kind of research has been done in the past, Zhao points out that modern technology is much more sophisticated and can handle the mass amount of data.

The world of intelligence and genetics is a controversial one. Most people don't like to think that their lot in life is determined by something they can't control. However, Zhao is determined to find a DNA indicator of intelligence if it exists. For now, the science prodigy notes that the best way to determine a person's IQ is by giving them a test.