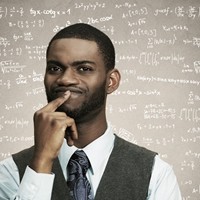 By FunEducation News on November 27, 2014 in Kids IQ Test Information

The Flynn Effect, pioneered by emeritus professor of political studies at the University of Otago in Dunedin, New Zealand, and moral philosopher James Flynn, is the theory that human IQ scores have collectively increased over time. Since the IQ test was first invented, society as a whole has scored better and better. In fact, during a Ted Talk, Flynn indicated that if we compared the IQ test scores of people from the early 20th century to those of people today, the old average scores would be about 70 to the modern average of 130. That's an increased IQ of 60 points, which is absolutely astounding. While the alteration of intelligence is amazing in and of itself, understanding why this has occurred is a bit more challenging. Fortunately, Flynn has shed some light on the cause.

The artillery has improved
During his talk, Flynn compared increased IQ to improved marksmanship. He noted that if a Martian archeologist studied the target practicing of soldiers throughout time, it would see improvement in speed and accuracy of shooting. The first conclusion this Martian would draw could be that the soldiers themselves have gotten better at shooting quickly and hitting the target. However, we know that the guns have actually improved over time. From muskets to rifles to semi-automatic, weapons are more sophisticated, not soldiers.

The same goes for intelligence. While people living around 1900 were only required to have a few years of education depending on where they lived (generally four to eight years of formal education), students now must begin in kindergarten and go through high school (about 13 years). Furthermore, according to the U.S. Bureau of Labor Statistics, 65.9 percent of high school graduates went on to college in 2013. In essence, more people are getting more education.

Type of education and work matters
Not only are people staying in school longer, but the way in which they learn has evolved. According to Flynn, people didn't always understand abstract concepts or accept hypothetical scenarios. Now education is highly scientific, asking students to accept certain parameters and analyze information. Basically, modern education asks people to use logic, critical thinking and abstraction to understand more than the concrete world.

What's more, schooling is meant, in part, to prepare people for their jobs. In the past, most jobs were labor-based, so people didn't need a cognitive education so much as one that honed their craftsman skills. The modern era has significantly more cognitively demanding jobs, and education helps prepare students for those. Whether they'll program computers, practice law in a courtroom or research scientific phenomenon, students have to leave school with an arsenal of intellect.

Because the type of education modern society provides is deeply scientific and continues to require more and more abstract thought, the intelligence of society as a whole is on the rise.

Synesthesia training may boost IQ
The brain on sleep