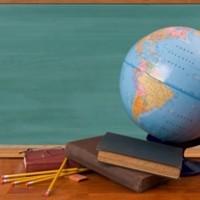 By FunEducation News on January 17, 2015 in Kids IQ Test Information

Studies have indicated that IQ can be passed down genetically from parent to child. By this theory, siblings often have a similar level of intelligence, though it may deviate by a few IQ points. In an astonishing example of IQ heredity, three girls who are triplets have all earned a high enough intelligence score to be accepted into Mensa, an organization for the highly intelligent. In addition to wowing everyone who hears their story, Elizabeth, Victoria and Kate Wilson have also broken ground for Mensa, as they are the first African American triplets to gain membership.

About the girls
The Wilson family lived in Florida for several years, but after learning of the girls' impressive intelligence, the parents decided to move back to New Jersey. The Florham Park area of the state has schools that appealed to the family, and the parents believed that ensuring their girls are academically challenged is important.

"As they approach 10 years old, this could be a place where they continue to blossom," Jeffery Wilson, the triplet's father, told WABC-TV.

Elizabeth, Victoria and Kate discovered their high intelligence at the age of 9 when they completed an IQ test. Though the family has not explicitly listed their scores, the fact that the girls were accepted into Mensa is a testament to their intelligence. In order to gain admittance, Mensa hopefuls have to earn a score that's in the top 2 percent of the population.

The girls say they enjoy activities such as reading and math.

Finding a challenging curriculum
According to ABC, many intelligent kids struggle in school due to boredom. Often, educators aren't sure how to cater to their needs while also serving other students. Mensa hopes to help families of gifted children by allowing kids into the program. In fact, members of Mensa range in age from 2 to 102. The organization provides academic materials designed for their education level. However, finding the right school is still a big priority for many families.

IQ and academic performance
While the Wilson triplets' IQ will certainly help them in school, intelligence isn't the only ingredient for success. Experts note that kids who have high IQs can still have dyslexia or be unmotivated in school. Being challenged and having support from family, friends and teachers can certainly help students of all IQ levels do their best in school.