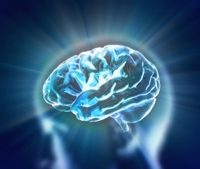 By FunEducation News on June 29, 2015 in Kids IQ Test Information

It's pretty common knowledge that general intelligence is related to the brain, but how are the two connected exactly? The outermost layer of the brain is the cerebral cortex, and it's made up of what scientists refer to as "gray matter." That gray matter, which has been found to affect everything from memory to attention to language, appears to be the part of the brain that's most linked to intelligence. Here are some of the ways a person's gray matter can affect his or her IQ score:

Gray matter thickness
The first link scientists discovered between gray matter and intelligence is what's called cortical thickness. Basically, the thicker the gray matter is in certain areas of the brain, the more likely a person is to have high intelligence. A study from researchers at the University of California, Irvine found that participants with higher cortical thickness in 24 distinct areas of the brain scored higher on IQ tests than others. Researchers believe that may be why some people have higher aptitudes in different subjects.

"This may be why one person is quite good at mathematics and not so good at spelling, and another person, with the same IQ, has the opposite pattern of abilities," Richard Haier, lead author of the study, said in a statement.

An intelligence gene
More recently, scientists have delved even deeper into gray matter and have actually discovered a specific gene that links the cerebral cortex with intelligence. In the study, which was published in the scientific journal Molecular Psychiatry, researchers from around the world looked at more than 1,500 14-year-olds, analyzing both their DNA and MRI scans of their brains. After studying 54,000 genetic variations of DNA, researchers found one that corresponded with a thinner cerebral cortex. The teenagers with that gene didn't score as well on verbal and non-verbal intelligence assessments as the other study participants. This genetic variant was found to affect the NPTN gene, which facilitates communication between brain cells.

Though the finding is huge for firmly linking the brain's structure to a person's intelligence, researchers say they wouldn't call it an "intelligence gene" because there are so many other factors that can affect a person's IQ score.

"It's important to point out that intelligence is influenced by many genetic and environmental factors," Dr. Sylvane Desrivières, the study's lead author, said in a statement. "The gene we identified only explains a tiny proportion of the differences in intellectual ability, so it's by no means a 'gene for intelligence.'"