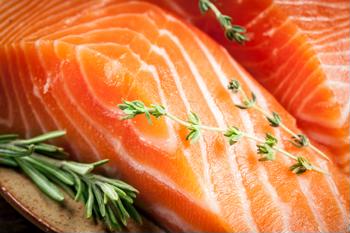 People who want to stay sharp may have heard that a diet rich in omega-3 fatty acids has the potential to boost their cognitive skills. For this reason, they may dine on fish like salmon and tuna, or snack on walnuts. However, new research reveals that these foods may not be as helpful as people think.

In a University of Iowa study, researchers looked at data from 2,157 women between the ages of 65 and 80 who had their memory and thinking skills tested annually for six years. These individuals also underwent blood tests, so the researchers knew the amount of omega-3s the study participants were consuming.

The researchers identified no noticeable changes in the subjects' memory test results as they changed their omega-3 intake. The same was true of how quickly their thinking skills declined over the course of the study.

"There has been a lot of interest in omega-3s as a way to prevent or delay cognitive decline, but unfortunately our study did not find a protective effect in older women," said Eric Ammann, the study's author. "In addition, most randomized trials of omega-3 supplements have not found an effect."

Of course, this is just one study, and its results should not persuade individuals to stop eating foods rich with omega-3s. Anyone who is curious to see how much these fatty acids affect their own thinking skills may want to take an IQ test.